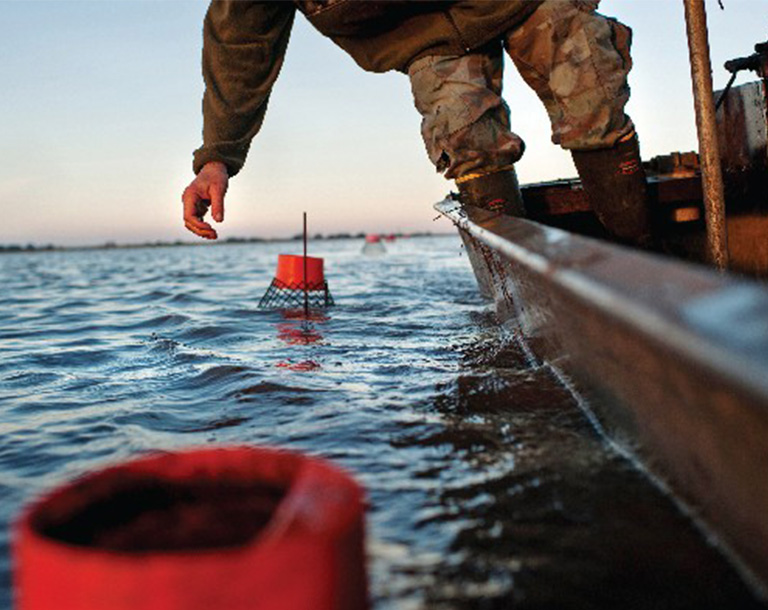 Families were violently separated and sent in boats down the Mississippi River, some never to see one another again. The separation and exile was eloquently depicted in Henry Wadsworth Longfellow’s fictitious epic poem, Evangeline (1847).

The largest population of these Acadian exiles settled in South Louisiana, where they began building communities in which they fostered their unique culture, food and Cajun-French language.

However, there were other populations living in Louisiana before the arrival of the Acadians, such as Native American tribes like the Chitimacha, settlers from France, Spain and Germany, as well as Creole populations with ancestries based in Europe, West Africa and Caribbean countries. Later, political refugees from southeast Asian countries like Vietnam sought shelter in this region, which reminded them of the climate and environment of home. Over time, the Cajun culture has been both influenced and embraced by all of these different people and their individual backgrounds.

Now, the term Cajun has come to represent the culture, music, heritage and food of this unique region and those who uphold the traditions of the area. And even though not all Cajuns can claim descension from those first Acadian exiles, Cajuns are generally generous and genial enough to allow the term to include those who marry or eat their way into this culture!